Could you be kinder to yourself?

Thinking out of the box - and how to do it

Growing trust in a remote-working world

Four trust builders plus a checklist

How you can get fewer emails

Make your meetings magic (it is possible!)

How to improve your customer service delivery

7 ways to remember their name

Use scaling questions to get real agreement

Proactivity and the circle of influence

Team engagement ideas to try out

You can be more assertive at work

Your right to be a good manager

Learn to say no with confidence

Do you ever find yourself in a conflict situation and wonder “how did I get here" (again)?

In this series, you will see conflict from a number of perspectives and come across a range of techniques that can help take the heat out of things.

Humans like to make patterns out of things. Try looking at the image below and NOT completing the circle: 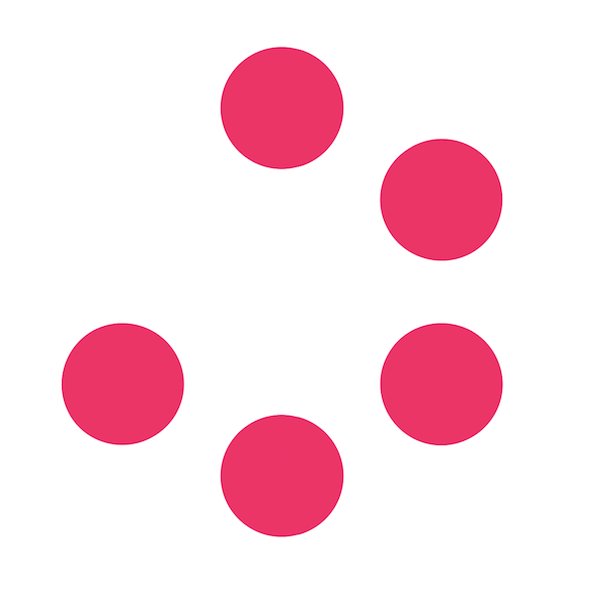 It’s ‘obvious’ that there’s a dot missing. The trouble is sometimes we construct sequences that aren’t really there. We make two plus two equal five.

“The dog, who had sounded so ferocious in the winter distances, was a female German Shepherd. She was shivering. Her tail was between her legs. She had been borrowed that morning from a farmer. She had never been to war before. She had no idea what game was being played. Her name was Princess.”
Kurt Vonnegut

Things like a delay in them replying; a clumsily worded email; an odd glance or reaction in a meeting can all suggest motivations that might lead us to conclude we are being attacked in some way. They then react to us defending ourselves, and everything goes downhill from there. Rather than being an actual adversary - could it be in our imagination?

Systems Thinking uses the term Accidental Adversaries - it describes how work process that are supposed to complement each other inadvertently cause bottlenecks and resistance.

There is a way to de-escalate your own instinctive conflict thinking so you can get to a more useful way of working. Take a cue from Goldilocks (of the three bears fame). I kid you not.

Faced with a difficult situation it’s reasonable to imagine see the worst that could happen. It’s part of the wiring in the brain that keeps us alert to danger. It prompts us to respond quickly and avoid taking too long to think about things and leads to ‘fight’ or ‘flight’ behaviour.

If you recall Goldilocks had a penchant for porridge and a very free attitude to tasting other people’s food in order to find the one that’s ‘just right’. Is it possible that you have gone straight to the ‘too hot’ assessment of their intentions? Your brain has made patterns, inferred motivation and decided you need to react in what you see as a 'too hot to handle' situation.

Decide that this is only one of three possible scenarios and you need to get the other two worked out before you act. Then decide what ‘too cool’ and ‘just right’ interpretations look like. In other words, you’ve got the worst clear in your mind. Give yourself more flexibility by considering what positive and neutral motivations could plausibly explain the current situation. Have they been away or ill which is why they haven’t replied? Could their reply have been sitting in your spam folder for the last week? Perhaps they’re just busy, tired and a bit stressed. Even better check your actions recently - could they be open to misinterpretation? Have you been giving the wrong signals off unintentionally?

Then respond as if the ‘just right’, middle of the road scenario is the reality.

This is not to excuse bad behaviour on their part. The point is to try to calm down our responses so that we don’t misinterpret things and accidentally make the situation worse.

The best way of resolving conflict is not to let it get that far in the first place.

Choosing the middle option, even if their motivations are not good, lets you operate from a calmer place. It gives you options and flexibility - great ways of getting a positive outcome. You also get to teach them how you like to be treated.

Next time we’ll look at dealing with conflict that’s deliberate, rather than accidental. For now, if they won't listen or behave appropriately, this is the perfect time to be more assertive at work. They may not like it but you are less likely to get scorched when things heat up.